Talking Heads: With The Ganesh Talkies

“Instead of trying to push it under the carpet and be embarrassed about our Bollywood influence, we choose to embrace it – I mean, this is who we are, hence – Bollywood.”

Bollywood kitsch glitz with an edgy dose of alt rock and a pumped up live performance that had the floor in a frenzy – The Ganesh Talkies‘ first ever performance in Chennai at IndiEarth XChange 2014 was nothing short of raging. We caught up with the young crooners from Calcutta – consisting of Suyasha Sengupta on vocals/guitar, Ronodeep Bose on guitar, Roheet Mukherjee on bass, and Sambit Chatterjee on drums – for an insight into their unique mélange of old and new, commercial Bollywood and offbeat alt rock, over the top stage theatrics and socially grounded lyrics.

“The music we play is alternative rock, which we mix with pop, elements of dance, disco, funk, but it all has a very heavy Bollywood influence in it,” frontwoman Suyasha begins.

IndiEarth: How did that influence seep into your music?
Ronodeep: We were born in India! You can’t get rid of Bollywood that easy [laughs].

Suyasha: And it is a part of all our systems whether we like it or not – when we were kids we listened to Jatin Lalit songs on the radio, we’ve grown up listening to Bappi Lahiri and Nadeem Shravan, and although we have heard The Beatles and Elvis – on one hand there’s Bappi, on the other there’s Elvis – so these are influences all of us have had, and collectively instead of trying to push that under the carpet and be embarrassed about our Bollywood influence, we choose to embrace it – I mean, this is who we are, hence – Bollywood.

IndiEarth: You’ve just stepped off stage here at the IndiEarth XChange, how did you enjoy your set?
Ronodeep: There was a lot of energy from the crowd – we had an amazing time!

Roheet: And we were a bit worried people wouldn’t stay till 12 – so we started calling all the housekeepers and everyone to come in! [laughs]

Suyasha: Yeah it went off pretty well – there was so much energy from the crowd, it kept us so pumped. And we got an encore! That was very cool!

IndiEarth: Tell us about your experiences at XChange, in this space where musicians like yourselves come together with filmmakers, media, artists, festival programmers, venues?
Suyasha: It’s very important because music can not survive on its own – it needs media, and film, and theatre and it’s vice versa – because all of these are art forms, and they’re all interconnected.

Roheet: At a place like XChange, an independent movie guy – if he liked our stuff – he could call us and say, “Can I use some of your songs?,” we’d say yeah sure! These sorts of gatherings don’t happen very often in India, so only good things can come from it.

Suyasha: Also, when you exchange ideas with people who are not doing the same thing as you – it’s always a very positive thing, because you get different insights altogether.

IndiEarth: Some of your lyrics incorporate socially relevant messages and calls for action – what is it that fuels your collective rage in a song like, say, Fight Club?
Suyasha: If you’re someone who’s young and Indian, or somebody who’s lived here, you have a lot of reasons to be unhappy and to be angry. If you look around you – your social conditions, your political conditions, your economic conditions, everything is not the most ideal, so if you’re not angry, or you’re not upset about your life or your situation and your environment, I think you should really re-evaluate your life and everything that’s going on in your country right now. And the youth, unfortunately as days go by, try to look past these things like they don’t matter – because they have their jobs, they want to make money – but ultimately, it’s like a black hole that will suck you in.

Roheet: And as artists, we can’t go on the road and start beating people. We write songs instead.

Suyasha: Well we might, if somebody beats me I’m obviously going to beat them back, if someone eve teases me you think I’m going to let that go? Fight Club is very relevant, because everything around you is starting to disintegrate into a pile of rubbish, and as artists we have some responsibility – we cant just make random songs and please an audience, you have to put some thought into what you’re talking about – it can’t be item songs all the time. Maybe for the next album, all the songs will be angry and pissed off! [laughs]

IndiEarth: What are the biggest challenges you guys face as independent artists in India?
Ronodeep: For us, we just want to go out and play – so we look past all that shit – we haven’t had to face a lot of it yet.

Roheet: But in India, you’ll always be broke. You can’t buy a Mercedes, or a fancy house, so we’ve just accepted it – and we do it. What’s wrong with that?

Suyasha: But the fact that a band from Calcutta is coming to Chennai, and playing to a completely new audience – because there is this IndiEarth XChange happening, the fact that IndiEarth exists – it has obviously contributed to the independent music scene greatly – that says a lot about how the Indian independent movement is growing, and people like us – young people – we’re quitting our jobs, our education, because we know this is what we want to do. And we know it’s only going to get better from here. We are very hopeful.

Roheet: You just have to keep doing it, stick to it, write songs, play them – there are people who will listen to it – that’s about it. Don’t think. Then nothing will happen. You’ll just end up settling for a 9 – 5 job.

IndiEarth: Future plans?
Suyasha: Since we released an album recently – it’s called In Technicolor – we’ve been touring, we have been working on new material – so if we can get some sponsors, gather the finances – we’ll make another album!

For more on The Ganesh Talkies, check them out on Soundcloud here, or Facebook here.

In November 2015 at the IndiEarth XChange in Chennai, EarthSync collaborated with The…

XChange Through the Lense: Tasher Desh

The beauty of poetry, and much of its enjoyment, is perhaps coyly concealed…

IndiBites: In the Scene Today

IndiEarth at The Park Launches

“It Took 20 Years Of Listening to James Brown”

In my experience, music lovers across Bangalore tend to associate the monsoons with…

Head Towards the Light

Obvious To You. Amazing To Others

Anything You Want cartoons Philosophies on life and business, 7 chapters from my…

Gaurav Raina, one half of the electronica duo Midival Punditz, will be dropping a new…

Hang Massive: India And Beyond

It’s the morning of Holi as I, with the trepidation of a baby…

IndiEarth Out There: Parvaaz Part II 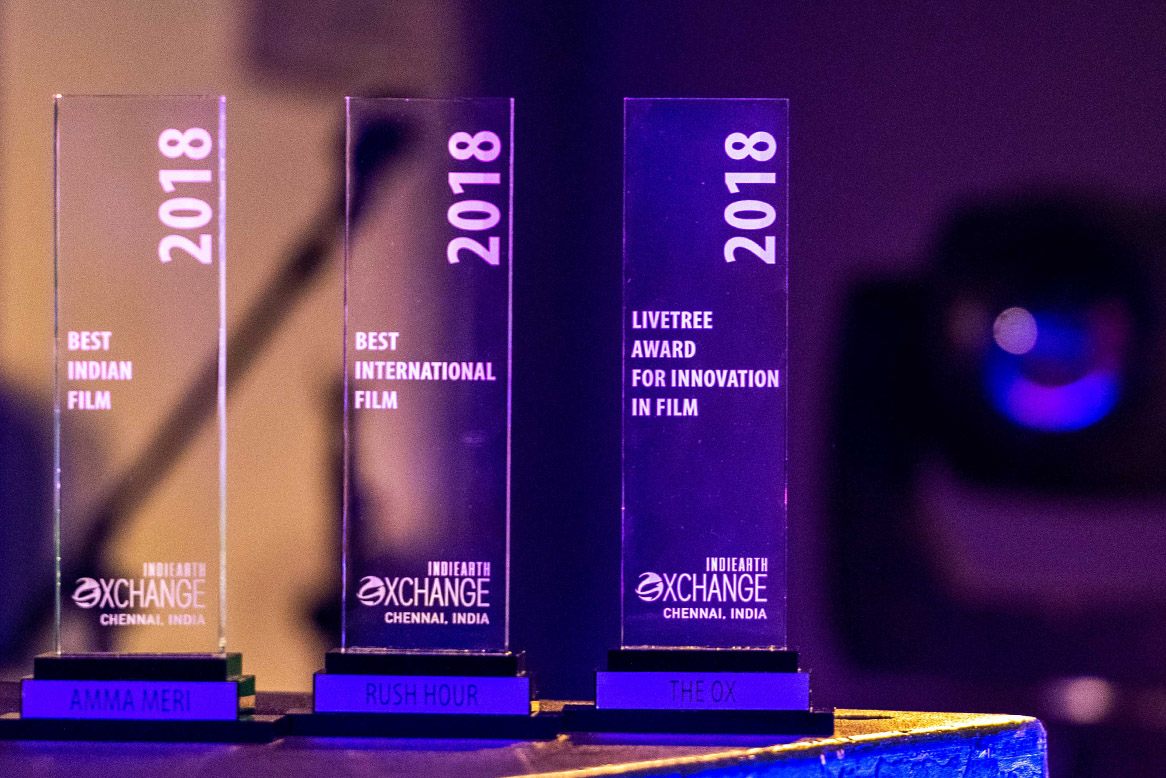 For the first time, Laya Project is now available worldwide as a Digital…